Beyond the Game: Welcoming the Emperor Home

If someone told me that there was a person of interest in the eSports scene and this person was located in the America's, of African descent and looking to come back to the mother land to help build eSports? I would have told that person that they had a wild imagination. To my surprise, such a person exist. That person is a eSports pioneer who goes by the name of Triforce and his sudden contact on facebook still has me in a state of shock.


I make it my business to stay informed with most of the happenings in the eSports scene for North America, select regions of Europe and the Asia's. With the advancements of eSports in those regions, it baffles me as to why would Triforce be interested in coming to Africa to help us? Clearly we are many steps behind and the monetary gains are clearly not worth it at this time for outside entities to invest in the further development of eSports in Africa. 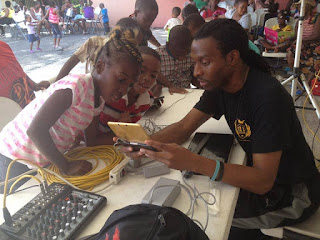 During our introduction I had many questions running through my mind. I felt a sense of reunion with a lost brother that I didn't even know I had. I asked him questions about his heritage being raised out in the west and what he told me brought a smile to my face and it made my week. I quoted him saying "Today we are called Jamaican's because of a Island we were either born on or shipped to, but the truth is, we are sons and daughters of Africa herself, displaced around the world."

It wasn't long before I ended up requesting to ask a few questions and quote him on his answers for a article I wanted to post on ESportsAfrica page. The article will be based on his interest for eSports in Africa. As I asked him some of the questions below, I ran a quick search on him and came across a lot news about him in gaming. From Nintendo, to Polygon, MTV, CNET, COMPLEX and so much more. I found his personal website at www.triforcejohnson.com but the most important article I found was a very recent article by eSports Observer regarding his work in Jamaica. After reading that article, I understood the true authenticity of his work. This discovery guided my questions.

Questions and Answers with Triforce

eSports Africa -  As I am asking you these questions I'm learning so much about you and your eSports team. What turns your attention to Africa?

Triforce - My attention has always been Africa. Just because I set up my team in the United States does not mean that I don't have other aspirations for my people back home. Each region of the world caters to a particular demographic and a infrastructure is built to focus on that demographic. When I look at the global Pan African community, there really isn't a infrastructure built for them, regardless if its in the United States, South America the Caribbean or Africa for that matter. with the exception of the United States, these underrepresented and underdeveloped regions of eSports needs attention from those in eSports that identify with that demographic and the culture behind it. I fit that description so I'm stepping up to the plate.

eSports Africa - Why do you call Africa home? What about Jamaica and the United States? 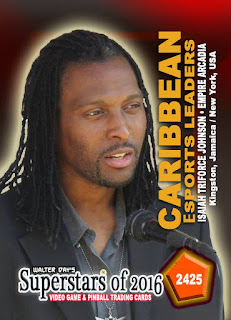 Triforce -  You should already know Jamaica's history as people originally from Ghana. Outside of our indigenous West Indians brothers and sisters who were here before the Akan people (now known as Ghanaians) were even brought over, thus we so called Jamaican's are in fact Africans. Although Jamaica is my home "island", Africa is my "homeland'. That's where my blood comes from. As for the United States, I was brought there by my parents and is the adopted home I grew up in. As a man, I want to return to my original home and thus I've decided to travel backwards from the United States to Jamaica/Caribbean and then back to Africa. That's how I ended up here in the reverse to begin with. Besides, Bob Marley called Africa home and we all know he was born in Jamaica.

eSports Africa - Do you ever see Africa joining other eSports regions like the US, UK and Korea on the world stage?

Triforce - Of course. It will just take some time but it is not by any means impossible. Africa already has a good solid foundation with DGL. It just needs more support and exposure. I'm confident that I can bring that exposure.

eSports Africa  - I see that you're working on some type of international competition between South Africa and Jamaica, how is that coming along and what are the chances of it actually happening?

Triforce - FIFA is a big game in Jamaica and Empire Arcadia has a FIFA division called the Silverbirds. They are some of Jamaica's best FIFA players. They've won scores of tournaments from local competitions, to corporately sponsored tournaments by both FLOW and Digicel in Jamaica and even won the inter-Caribbean Championships in 2013.

As I plan my trip to Africa, I found out that there are some serious FIFA players there as well. I thought it would be a cool way to introduce and connect the West to the East, if we had a International Exhibition between Jamaica and South Africa. I contacted the people at DGL and we're currently looking at the options. We're still in talks and they are positive so that's a good sign, let's keep our fingers crossed.

eSports Africa - Discovering you and your eSports team Empire Arcadia was like finding a flawless diamond in the rough. As a accomplished competitive gamer with multiple Guinness World Records, founder and owner of your own team and a undeniable history in eSports; I have to ask, do we have other brothers and sisters like you around the world who are leaders in that regard to eSports?

Triforce - That's a very broad question and the answer is just as broad. As you can already imagine, there are great players of African descent around the world that are either champions and or are at the top of the game in their respective competitions. However for each genre, each league, each region, we as African's are the minority in eSports in terms of ownership and leadership. There are some of us but not a lot. Just off the top of my head a couple of team owners I can mention are Kahreem Horsley and Roger Saffold of Rise Nation and that's a Call of Duty Team. Then you have Eric Small of Big E Gaming and Larry "Shin Blanka" for Final Round and those are Major Tournament organizers in the Fighting Game Community. 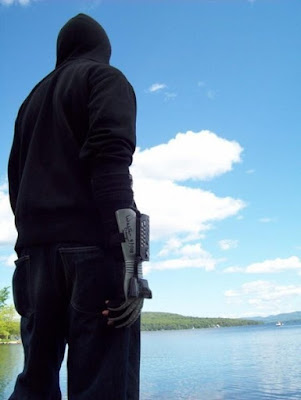 I'm sure there are more in other genres, circuits, leagues and regions but not that much more. Most brother's and far less sisters, own nothing in the eSports industry. They all work for other established organizations. With the current arrival of the industrial eSports revolution there should be a significant boost in those numbers. Only the future will tell.

eSports Africa - Ok, so this is my last question. I just finished listening to your interview on one of our popular radio programs, The Gareth Cliff Show  He considers you to be a "eSports rock star". Many of us who heard this show have been uplifted to know that there was one of us who made it to your global recognition in eSports and this is an inspiration and influence for us to follow suit. What message would you give your fellow African's who look to your accomplishments as a guide to aspire to.

Triforce - A lot of sacrifice has been put into what I have but I don't mind because of the purpose and the goal behind it. I'm not too much into the whole "titles" etc. Yes I do like them but I like accomplishing the mission more. I started out with very little in the United States and with the help of a lot players who are no longer with me, I was able to take a concept and give purpose to it and make a brand out of it and after a decade plus, here we are.

I starting from nothing and have endured depths of suffering that you would not believe and despite that I have to push even further. The game is never over and I have to find ways to evolve. You have to have this drive and ambition or you won't make it far. You need to be dedicated and have principles to win at this game. That is my message to those who are reading this, looking for inspiration. Stick to it no matter how hard it rains, withstand the pain.

Looking forward to a brighter future for eSports in Africa

I've been a competitive gamer for many years and at the age of 37, only a month ago l started my own social media group for other local competitive gamers in Africa called ESportsAfrica. This is my attempt to strengthen my local scene despite our limited resources and work with others of like minds and expand our scene so that we can participate in the growing eSports industry, representing our home continent of Africa.

We have a long history in competitive gaming and many of these stories are lost with no place to be archived but all things must start somewhere. eSport has been popular mostly in the America's, Asia, Europe and Australia respectively. We have reached a very important milestone. As local players, we've made contact with a established eSports team that was outside of the Motherland herself. 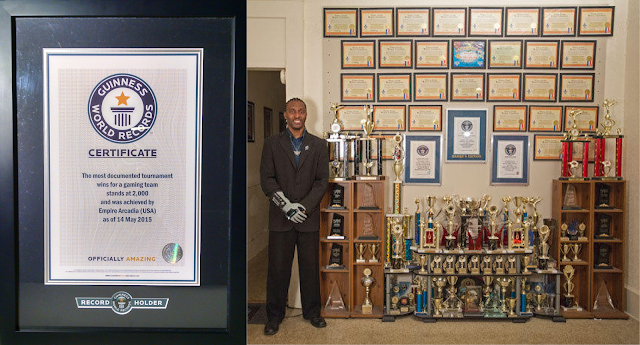 The eSports legend Isaiah "Triforce" Johnson, who's ancestry originate from the shores of Ghana once known as Akan; is a Jamaican native raised in the United States for over 3 decades. During that time he achieved 6 Guinness World Record awards, appeared in multiple Guinness World Record Books, is the Founder of his own eSports team Empire Arcadia, the Most Documented Tournament Winning video game team in the world, his team has won 13 EVO World Fighting Game Championships, 5 MLG Champion, 2 WCG Champion and the list goes on.

Triforce plans to bring EMP's FIFA division to Africa "The Silverbirds" who are the best FIFA Players in the Caribbean. Here they will compete against our very own top players, possibly later this year. I can feel the positive vibes, potential and direction where Africa is going with eSports and I'm glad I can share this breaking story with you all. Triforce is a ambassador and pioneer of eSports that we as African's can be proud of as he represents us around the world. Thank you for your time Triforce, we look forward to seeing you here later this year, welcome home.
Posted by Unknown at 00:30 No comments: